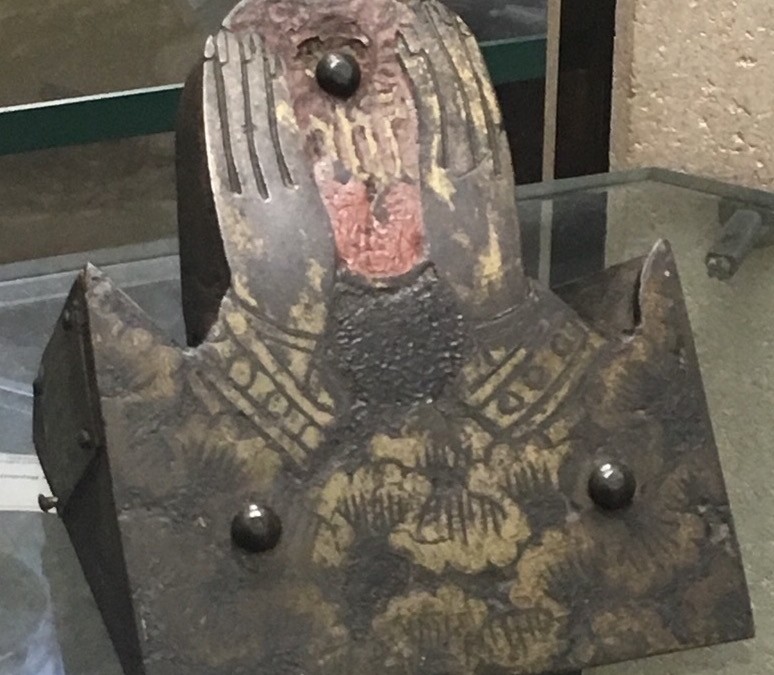 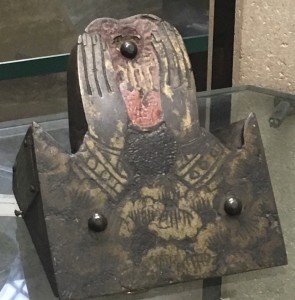 In the Treasury of Chichester Cathedral there is a wonderful artefact from the early medieval period. Very little is known about it except that it is a tiny heart brass. It was first discovered by Thomas King on the 18th July 1829 under a clock in the triforium. This was a time when there was a lot of restoration going on – the Lazarus panels had been discovered beneath the crossing and some of the tombs of bishops were being opened. So I suppose there was a lot of important stuff going on that in the end the heart brass was just left in the cathedral library. This was to change in 2008 when a visitor to the cathedral asked to see it! It took a long time to discover its whereabouts and was subsequently put on temporary show in The Treasury where you will still see it today. Not much fuss has been made about it – but it clearly depicts a heart which still retains some slightly red colour together with Gothic i h s lettering held by long tapered fingers leading to ornamented cuffs at the wrists.