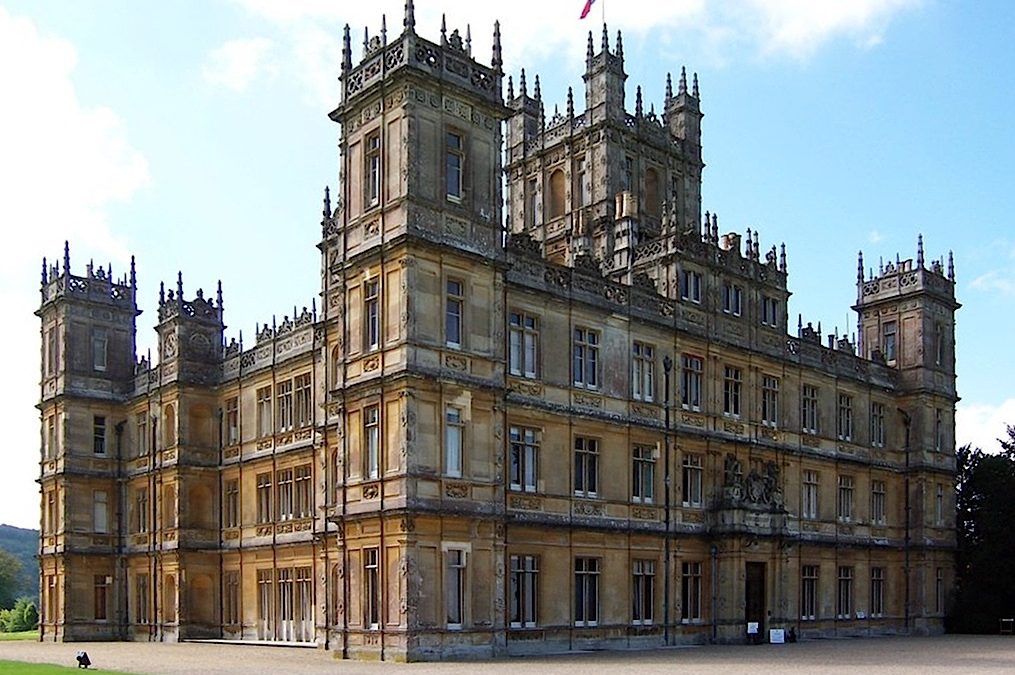 I have recently enjoyed learning all about how the country house evolved from the very early Medieval period through to the ways it has learnt to survive in the 21st Century. So whilst watching the Downton film recently I spent quite a bit of time pondering the history and style of Highclere Castle in Hampshire where it was filmed. It has always amused me that country houses are often styled abbeys or castles when they are clearly not. So Downton Abbey being filmed at Highclere Castle is doubly amusing. Yes of course the names usually come from the previous uses of the building. Many monastic abbeys were bought or given to aristocratic families after the Dissolution of the Monasteries. And many country houses started their lives as fortified castles in far flung parts of the Kingdom. But this clearly does not apply to Highclere or Downton – whichever name we choose to use!

In the very early days the estate was granted to the Bishop of Winchester and a beautiful medieval palace was built. In 1679 it was purchased by Sir Robert Sawyer, Attorney General to Charles II and James II and direct grandfather of the current Earl. In 1771 ‘Capability’ Brown made alterations to the grounds and a symmetrical palace was drawn up. In 1842 Charles Barry transformed Highclere Place House into Highclere Castle.

Highclere Castle is a brilliant example of early Victorian architectural interpretation and style. From the 1820s on, those with money to lavish on their country house began to exercise their imaginations. Architects drew up plans for houses that looked back romantically to the past. Many different styles began to evolve – interpretations of the Gothic, Elisabethan, Jacobean and Classical. It was the 3rd Earl of Carnarvon who in 1838 commissioned Charles Barry to draw up plans for a magnificent Italianate Castle. Charles Barry was also working on the rebuilding of the Houses of Parliament at the same time. Look at how similar they turned out!