Death by ‘Breaking of the Horse” 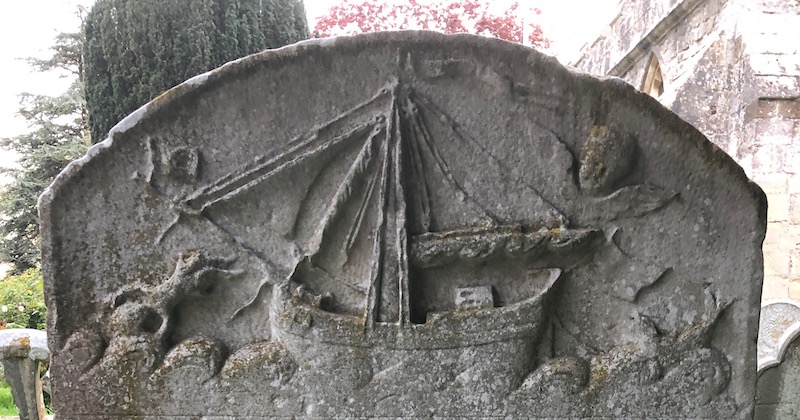 When we are allowed to venture a little further afield on our daily walks, there are lots of historical gems to look out for! And this one is brilliant…..

Bosham churchyard has the gravestone of one Thomas Barrow, who died at sea on 13th October 1759. He was Master of the Sloop called the Two Brothers. But the most perplexing thing is …. how he died! The gravestone reads ….

In Memory of
THOMAS, son of Richard and Ann
BARROW, Master of the sloop Two
Brothers who by the breaking of the
Horse fell into the Sea & was Drown’d
October 13th 1759 Aged 23 years.

How did he drown?? by the breaking of the Horse??

“A ‘horse’ was a ‘conveniency for the Men to tread on, in going out to furl the sails”

This can be seen pretty graphically in the depiction of the accident at the top of the grave. There’s loads more detail including cherubs and a flag flying at the top of the mast. Someone really went to town with this gravestone – and it has lasted more than 260 years! 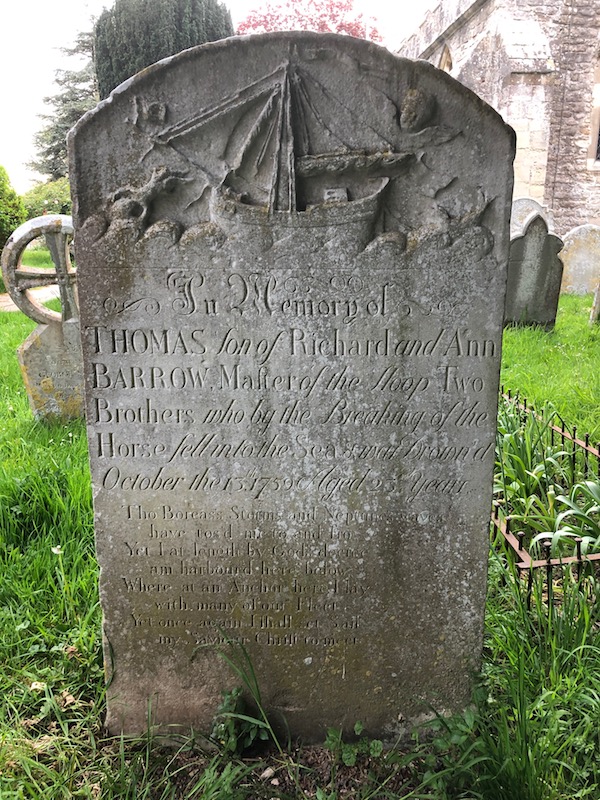