“The Father of British Art”

Hogarth was a phenomenon – his importance reaches far beyond his own time.

He drew ordinary flawed people in every day settings and told powerful stories – bawdy and violent, appealing and grim

Unlike the stiff, proud aristocratic portraits of his time, his men and women have squashed pulled-about faces, big noses, straggly hair and precarious wigs. You can see how they sing, smoke, drink, scheme, take medicine, gamble – live and die!

His name conjures an epoch – ‘The Age of Hogarth”, ‘Hogarth’s England” or “Hogarth’s London” 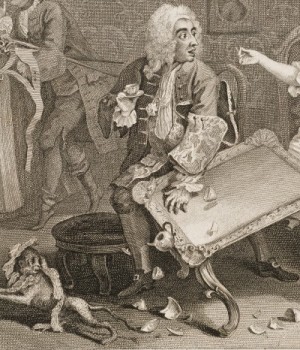