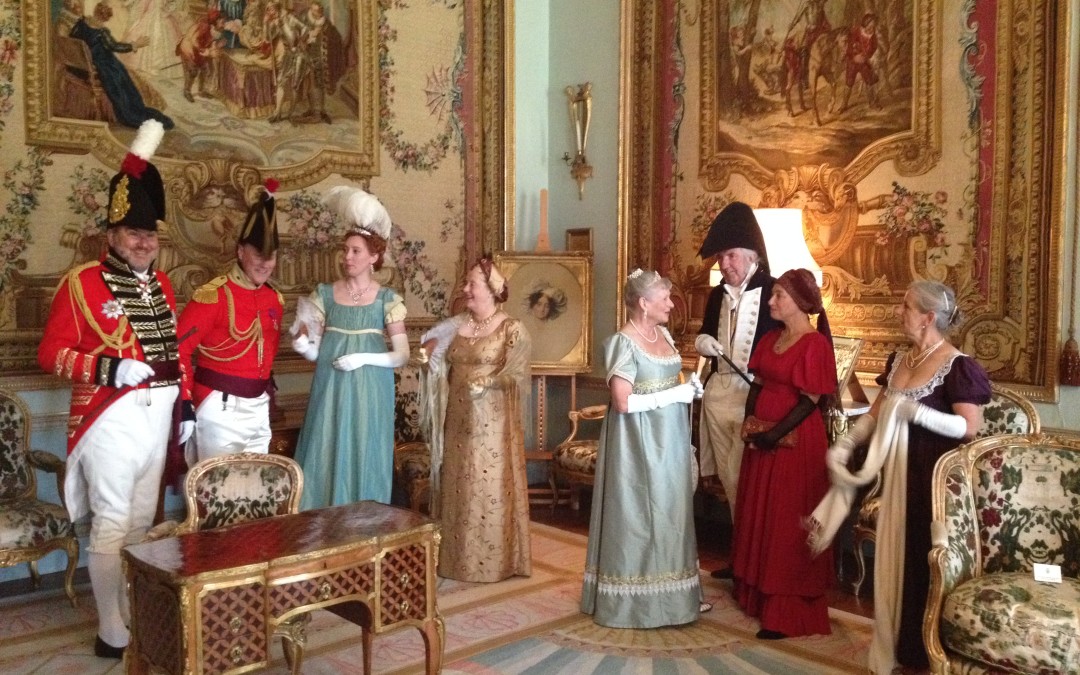 Goodwood’s Summer Exhibition this year focuses, not surprisingly, on the role the Richmond family played during the build up to the Battle of Waterloo. The 4th Duke plus his Duchess and large family had been living out in Brussels since the previous year, renting a large house on the Rue de la Blanchisserie. On the 15th June 1815, Duchess Charlotte was hosting a magnificent ball at their home, when half-way through, a messenger arrived. The news he brought set in train a sequence of events culminating in the Battle of Waterloo three days later. The Goodwood exhibition which runs right through to October celebrates the 200th anniversary of the ball!

A great afternoon to visit Goodwood to see the exhibition will be Sunday 27th September when dancers will bring the story of the ball to life with demonstrations of Regency dancing in the Ballroom. The dancers visited earlier this week to give us a flavour of what is in store….