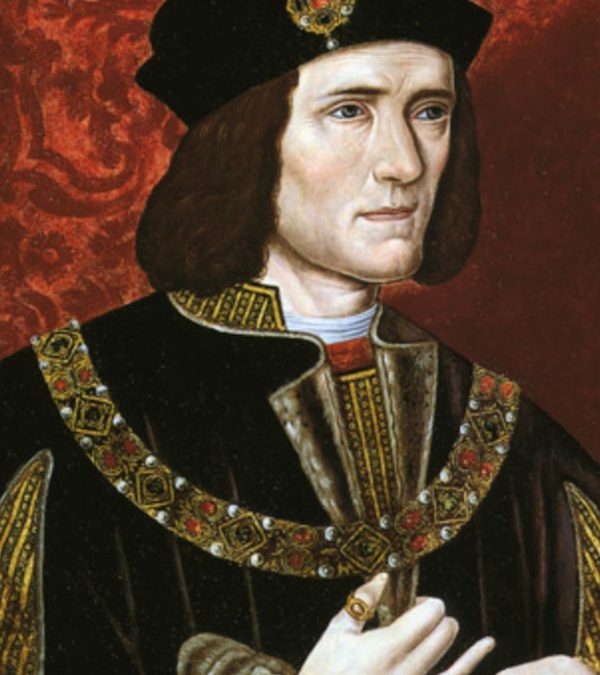 I’ve been listening to a series of lectures about the history of Medieval England. I’ve learned so much – though I should probably listen all over again now to ensure a little bit sticks. The story begins with the Romans and continues though until the start of the reign of King Henry VII in 1485.

One late 15th century rhyme that I’d really like to remember is this:

The Cat, the Rat and Lovel our Dog
Doe rule all Englande under a Hog

This was written by a man called William Colyngbourne, who as an opponent of King Richard III tacked this lampooning ditty on the door of St Paul’s Cathedral for all to read. He was summarily executed once this rhyme was broadcast far and wide! For it is a direct attack on the reign of King Richard III.

I love to see the sophistication and cleverness of how men from centuries ago could use words to conjure up ideas and pictures. Here Colynbourne is making puns of people’s names and using their heraldic crests or badges to create this rhyme. Here we are reminded of three men who are usually referred to as King Richard IIIs henchmen:

William Catesby is the Cat. A lawyer, he rose in prominence to become the Speaker of the House of Commons in 1484. But as he rose by supporting the House of York, so he fell with them and was executed after the Battle of Bosworth on 25th August 1485.

Sir Richard Ratcliffe is the Rat. He suceeded by being the right man in the right place, receiving many grants and official posts from King Richard, but that eventually led to his downfall and he was killed with his king at Bosworth.

So what was the association between Lovel and the Dog? The crest for Lovel was a silver wolf-dog. Francis, Viscount Lovel.escaped Bosworth Field to Yorkshire. In 1486 he was unsuccessful in trying to capture Henry VII and fled this time to Burgundy to join Richard’s sister Margaret, Duchess of York, who was also one of the new king’s prime enemies. Later he took part in the Lambert Simnel plot to overthrow Henry VII in 1487, when he was most likely killed at the battle of Stoke during the Yorkist defeat.

And the Hog just happens to be the King himself! His heraldic badge was a white boar.