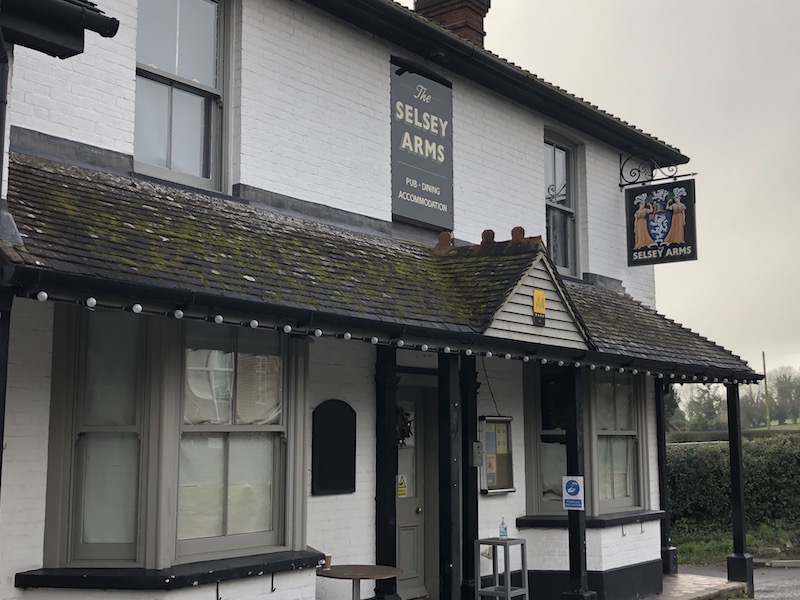 Have you ever wondered why the pub on the A286 at West Dean, north of Chichester is called the Selsey Arms? It is really quite a long way from the small town of Selsey located on the southern most tip of the Manhood Peninsula. My previous post told the early story of the owners of West Dean and this one takes us through the 18th century and into the 19th!

After the Lewknor family died out in 1706 the estate passed on to a female descendent who was married to Bulstrode Peachey – what a fantastic name eh! In 1738 it came into the possession of Sir John Peachey (1720-1765) who passed it on to his brother Sir James (1723-1808). Both brothers were politicians, but James was a great favourite at the royal court. He was made Groom of the Bedchamber to the Prince of Wales in 1751 and on the accession of King George III in 1760 he was upgraded to be the Master of the King’s Robes. Befitting his status he was created 1st Baron Selsey in the year 1794 and shortly afterwards he began to make plans to have the old Jacobean manor house upgraded to reflect his elevation.

On his death in 1808 his son, John, 2nd Baron lived at the house until his death in 1816. Sadly the title died out on the death of the 3rd Baron, Henry in 1838. He was a Royal Naval Captain with no descendents. The estate passed to his sister – Caroline Mary Peachey.

So the pub name reflects just a very small part of the history of West Dean, spanning from 1794-1838. One day I’ll look into the provenance of the Selsey coat-of-arms!