I have known for ages of a wonderful room in the Bishop’s Palace in Chichester but until now I have never been around at the right moment to have a peek inside! It is called the Sherborne Room after this particular wing of the palace was built in the mid 16th century during Bishop Robert Sherborne’s time. Despite its hugeness, it is has a really cosy feel to it – with warm wood panelling and old rugs on the floor! But of course it is the ceiling that takes centre stage!

The ceiling comprises 32 panels in 8 rows of 4. It dates back to the second half of the 1520s and was created by the artist Lambert Barnard for his bishop. 16 panels are in honour of Henry VIII and his first wife, Queen Katharine of Aragon. The panels show the Tudor Rose made up of white – York and red – Lancaster and in the corners the letters H and K. These panels are interspersed with panels commemorating local men of great standing.

These men were the spiritual, secular and military guardians of West Sussex. They were also the courtiers who attended Henry in his leisure time.

As I mentioned in an earlier post, the panels probably date to between 1524 and 1525. William Fitzalan only gained his title in 1524 and Thomas West died in October 1525. Plus divorce procedings against Queen Katharine started in 1529.

There is also one of the Nine Worthy Women on show! These were painted for the Queen’s Room at Amberley Castle in anticipation of the visit of Katharine of Aragon, However she did not accompany Henry when he visited in 1526. These women are Amazons, North African and Middle Eastern Queens plus the Prophetess Cassandra. Apparently Henry saw himself as the 10th Worthy in the guise of Hercules! 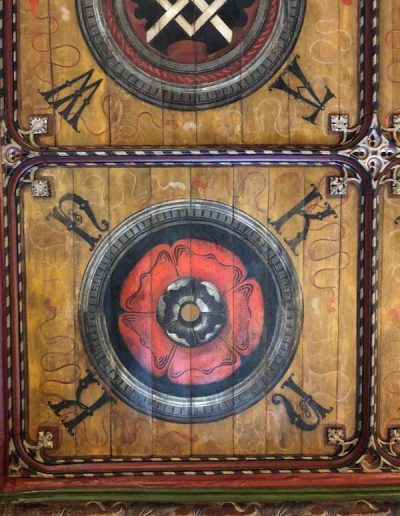 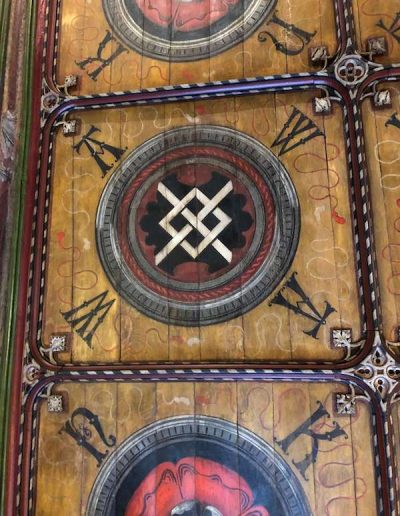 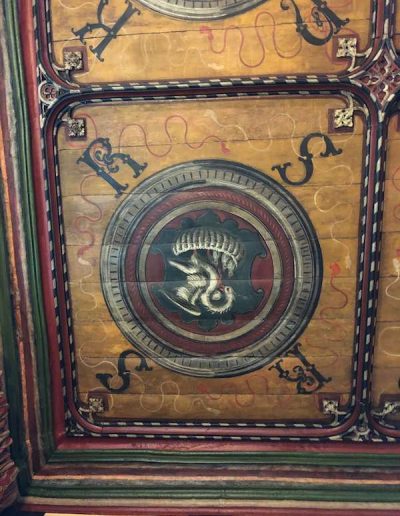 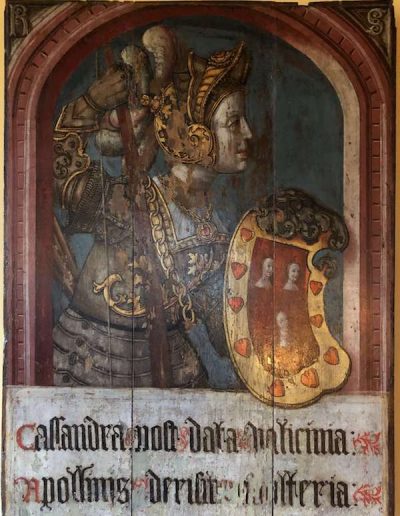