Look out for these Coade stone plaques…. 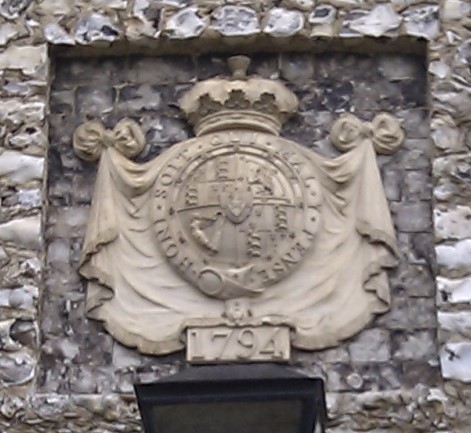 As you take a walk around Chichester or go for a bike ride through the villages close to the Goodwood Estate keep your eyes peeled for examples of these old ‘stone’ plaques on buildings and cottages…..

But these plaques have not been carved out of stone – that would have been very labour intensive and costly. They are examples of a type of artificial stone which simply came to be known as Coade stone. In the mid-18th century Eleanor Coade evolved the first successful recipe for fabricated stone. Lythodipyra – meaning stone fired twice – was a superior-quality moulded ceramic stoneware which was highly-durable and weather- resistant. It simply became known as Coade stone. Earlier attempts, patented and manufactured over the preceding forty years were vastly inferior. Eleanor had mastered the clay recipe and firing process. This allowed the easy creation of ornamental plaques, capitals, coats of arms and other decorative motifs, leading to quite a craze for it in the late 18th Century. There are still loads of examples to see all over the country. Looking at Wikipedia the BBC have apparently researched the subject and estimate that there are more than 650 examples throughout the country!

It was the 3rd Duke of Richmond who was responsible for the plaques on cottages on the estate and so it follows that he would wish to depict a simple version of the Richmond Coat of Arms. At this time, the family still used one of the versions of the Royal Arms of England and on to this was added a wide surrounding border depicting a garter with buckle. This was to clarify the fact that the 1st Duke of Richmond had been a ‘natural’ son of King Charles II. The belt displays the words ‘honi soit qui mal y pense’ which is the motto for the Order of the Garter – the highest level of chivalry in the country to which the 1st Duke was invested in 1681. The shield in the centre of some of the plaques shows the arms of the 3rd Duke’s wife – Duchess Mary, daughter of the Earl of Ailesbury.

In the village of East Dean just a mile north of Pilley Green there is a row of cottages opposite the pub which has a Coade stone plaque, though it is not easy to see the details without venturing into the gardens. At Pilley Green you can see two cottages built at the end of the 18th century both bearing plaques. Two more cottages, very similar in appearance to the Pilley Green pair are nos. 1 and 2 Kennel Lodge adjacent to the Kennels at Goodwood, which also have Coade Stone plaques, though these are dated a few years earlier. And, of course there is a very fine one above the entrance to The Kennels. Another cottage bearing a plaque is nearby, just off Lye Lane in West Stoke! There are more to be seen in the village of Charlton and Itchenor.

It wasn’t only the 3rd Duke of Richmond who has left his mark in Coade stone….. When you are in the queue for the Post Office in North Street, take a look at the ‘Butter Market’ built by John Nash in the centre of town in 1807. The plaque bears the Chichester Coat of Arms and is engraved Coade & Sealey 1808. Sealey was the business partner and cousin of the 2nd Eleanor Coade. The London showrooms of Mrs Coade’s Artificial Stone Company were located on Westminster Bridge Road close to where we can still see one of the finest remaining examples of her work. A huge lion sits proudly on the south side of Westminster Bridge. He was made for the Red Lion Brewery which dominated the Lambeth bank of the Thames until it was demolished in 1951 for the Festival of Britain. 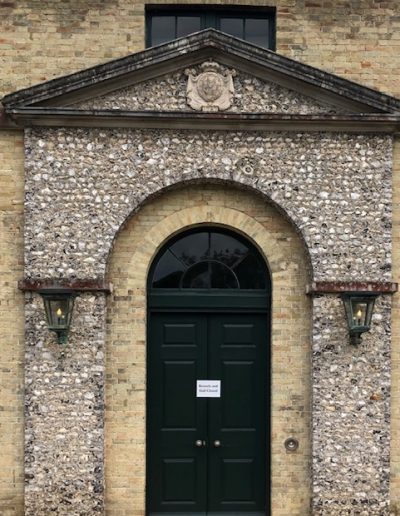 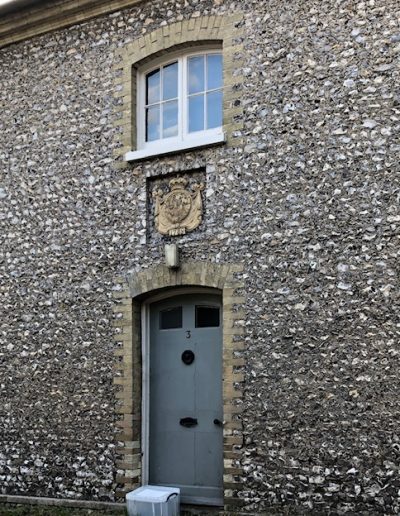 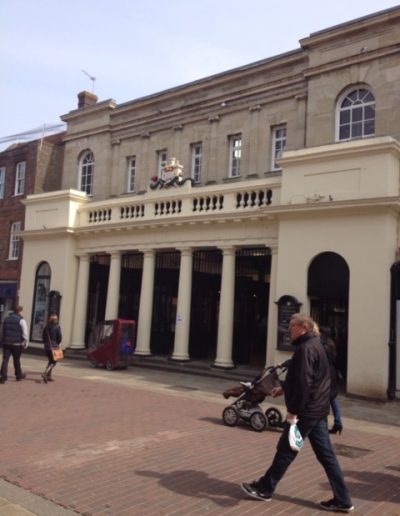 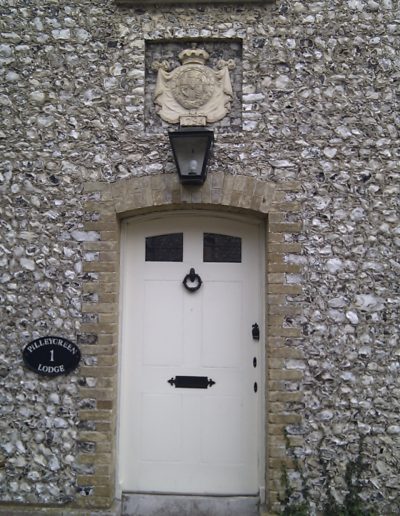